Hebrew Word Pictures
of the Plants of the Bible

Ezob ~ Hyssop
In Hebrew, hyssop is Ezob. The Hebrew Word Picture isn't just fascinating, but it is amazing how the word picture links to the health properties of the hyssop plants, and the spiritual meaning of protecting. 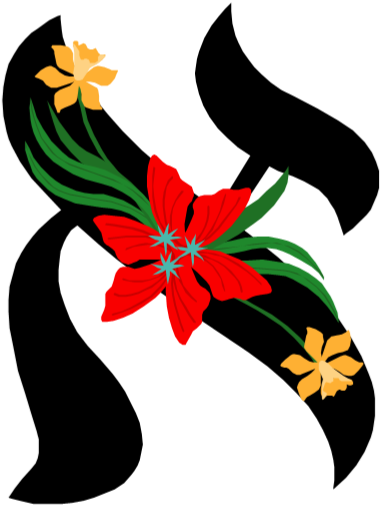 Ezob begins with aleph. Aleph is the first letter of the Hebrew Alphabet.  Aleph is not only the first letter and equivalent to our letter "A" it has a spiritual principal considered by some Jewish Theologians as being the letter that was created in the image of God, or "The Leader" and often referred to as the letter of the Father.
The ancient picture is an ox and represents strength and might. The ox was "all powerful" and "all versatile" in the ancient world as an ox was used for "everything" from pulling carts and plowing, providing food, leather, and was a sacrifice. While the aleph is the first letter it is silent letter.
Aleph is related to the cornerstone of the Jewish people "Hear O' Israel! The Lord is Our God, The Lord is One." The letter is written in three strokes of the pen and the numeric value is one, thus we can understand the symbolism of Aleph to be "Three-in One".

Zayin is the second letter of Ezob. This letter's picture is a mattock or a hoe, an agricultural cutting tool used in taking care of crops by cutting the roots of weeds. The zayin can be interpreted as "food" from the harvest.

The mattock was also used as a weapon, or a sword. We read in Ephesians 6 that Believers need to put on the "whole armor of God" which includes the Sword of the Spirit, The Word of God. It is interesting to read about Paul's day when he wrote this verse. The sword was the military weapon of choice and there were different shapes that served different purposes for protection and in battles.

When you consider the power of God's Word as the Sword of the Spirit, it isn't only a figure of speech, it is powerful, and effective for every area of our lives.

There are two benefits of zayin; spiritual nourishment and spiritual protection. Those who study the Hebrew alphabet show us how the letter is of both bread and war as it can be spelled two ways,


weapon  or "to nourish or sustain"

The vav is a “connector” connecting heaven and earth, and the past to the future. The picture of a vav is a hook, tent peg or a nail. Think of vav as “and” to make a thought complete. You can’t write a book without words and phrases that form sentences, paragraphs and chapters.

There are many important characteristic of vav that must be included as we learn the preciousness of Ezob; it is in the first occurrence of the word "hyssop" and how it was to have been used.
"And ye shall take a bunch of hyssop, and dip it in the blood that is in the bason, and strike the lintel and the two side posts with the blood that is in the bason; and none of you shall go out at the door of his house until the morning."


The hyssop and blood was used on the side posts and lintel of the house. They were "connected" together at the entrance of the home. The lintel was the overhang. In the Hebrew the word for side post is the same thing that is found at the entrance of every Jewish home, the mezuzah. מזוּזה 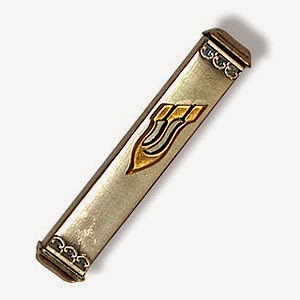 As you look at the word you will see two zayin's (weapons) with the yod in between. The yod is letter that represents "The Hand of God".

You may be asking "What is a Mezuzah?"  A Mezuzah is a parchment scroll that has been handwritten by a professional scribe. It contains two sections of the Torah that discuss the Jewish faith. Every Mezuzah, no matter how simple or elaborate the exterior casing may be, contains the exact same inscription, the Shema Yisrael: “Hear o’ Israel, the L-rd Our G-d, the L-rd is One.”  The verses in the Shema are Deuteronomy 6:4-9 and 11:13-21. The mezuzah is attached to the doorposts and a ‘kosher’ mezuzah is thought to bring protection, and blessing.

As we continue to study “ezob” we can learn how the connection of the vav joins the next letter, beit. 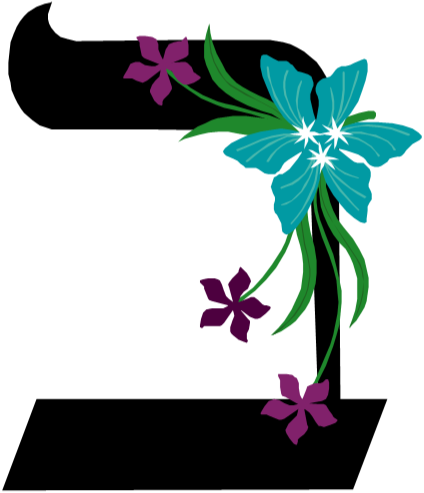 ﻿
Beit is the first letter of the Hebrew Bible ("In" the beginning) although it is the second Hebrew letter in the alphabet. The beit is a tent, house, tabernacle and dwelling, it symbolizes family. In Hebrew a son is “ben” בּן and daughter is “bayt”  בּת. Also take note, and don’t be confused that the beit can be transliterated into English as “b” or a “v”. An example of this is that you often find Abraham written as Avraham.
The connection of vav to the beit is amazing in ezob when we think of the Tabernacle in the Wilderness and how the vav hooked the curtains of the tabernacle. This truth is also found as the lintel and side posts were also connected to form the entrance of the house, but how it connects in the story of Passover.
I could write much more about the Hebrew word picture of ezob, hyssop but want to end it by telling you the beit b begins the word beracha (blessing), and that is what hyssop was, and should be to us. To sum ezob up this is what it is.
Ezob is as strong as an ox and a powerful weapon. When used at the entrance of your home, it will be protected, and a blessing.
To Learn more about hyssop ~ ezob, a plant of the Bible go to my Apothecary Mama blog. www.ApothecaryMama.WordPress.com.
Questions or comments please e-mail ApothecaryMamaCynthia@gmail.com 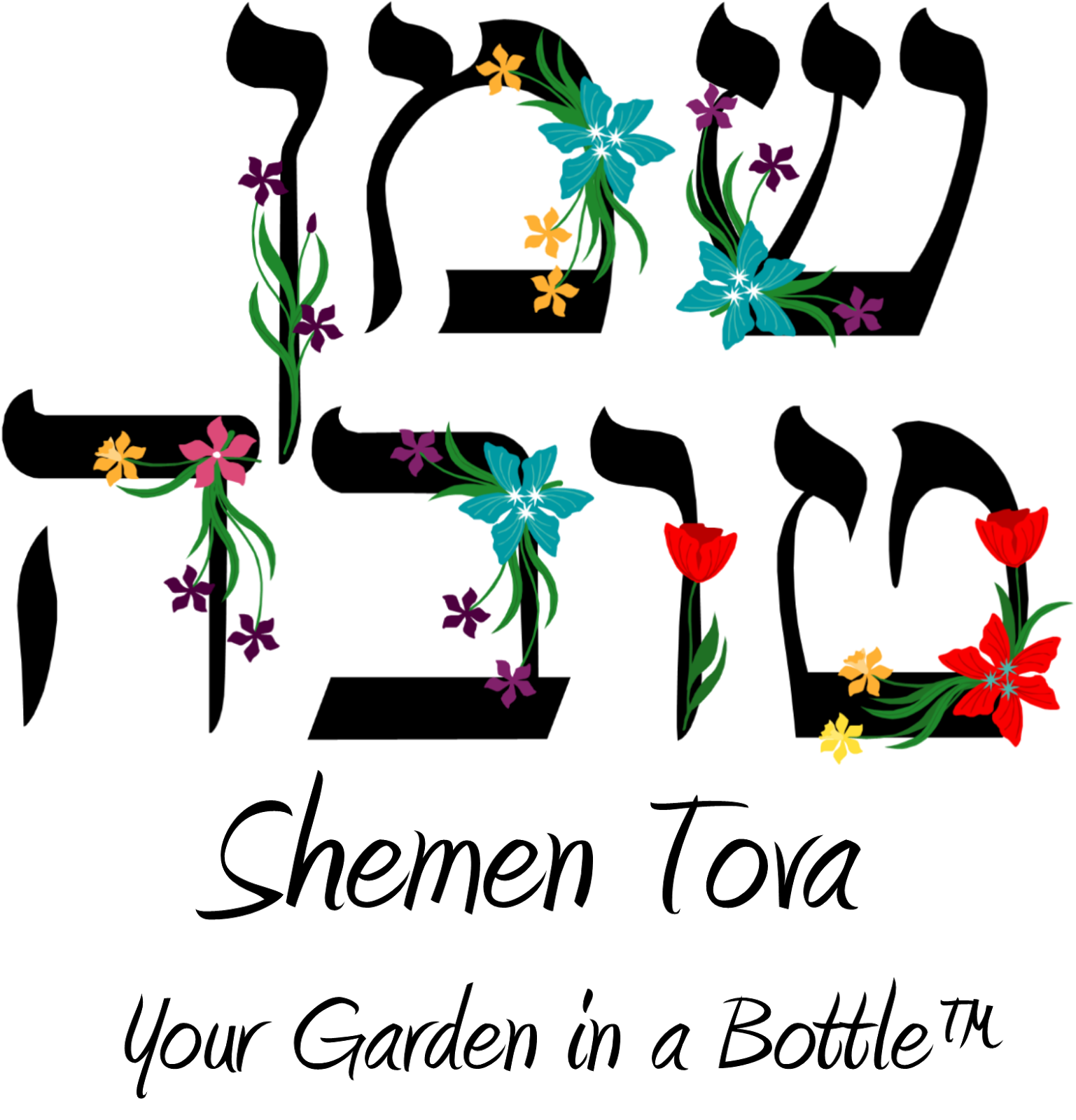